Unfortunately, the Ataturk Airport Authority Zone in 2016 has been very stationary. The adversities experienced in Turkey in 2016 have prevented the arrival of foreign tourists to a great extent. However, huge investments have been made in the airport area, and many hotels with 5 stars have been opened. The uncertainty in our country and the terrorist incidents caused the foreign tourists, who are considering coming to Turkey for cultural tourism, to turn their direction to other countries. As such, the hotels in the Atatürk Airport region had to withdraw their room rates to the prices of 2012. This negative situation will of course be skipped and there is a great expectation that the Russian tourists coming to Istanbul have a positive expectation that these black days in the sector have a positive relationship with Russia. The hotels which are serving mainly domestic tourists now also welcome foreign tourists coming to Istanbul for business Atatürk Airport Hotels both the positive news from the ministry expect tourists to attract organizations and they are waiting for the hotel owners to encourage. We can say that the hotel is 30% full and it is almost empty at the beginning of the year. The hotel, which is in service at 10 km area around Ataturk Airport, generally provided customers from international reservation sites. These reservations now take an average of 30 reservations a day on an ordinary day, but now these figures do not find 2 or 3 customers. The CNR exhibition center located in the district is not enough because there is no continuity in the area mobility coefficient during the fair time. When we examine the November and December months in the region, the double room prices range from 80 Tl to 200 Tl including breakfast. The hotel owners who are seen in the region think that the 2018 year will be very good for the Turkish tourism when the expectations of 2017 are high and they think that the third airport transfer passengers planned to be opened in 2018 will bring them to Turkey. 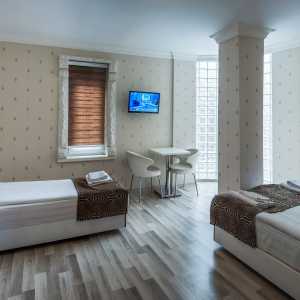 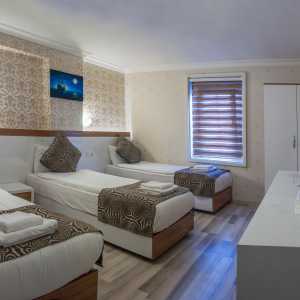